Positive reviews of The Great Game keep rolling in. The latest book review is from the BlueInk agency, which likes others before it have appreciated the book, its research, characters and story, and recommend it for all fans of historical novels.

“Carefully researched, the novel closely follows the political and industrial landscape of Baku and the events taking place on Russian territory at that time. The narrative explores the culture of the Baku people, the devastating poverty among the working class, the upheaval surrounding the revolution, and the business rivalries that characterized the oil industry….

In all, The Great Game: Story of the First Oil War is a satisfying work that will please fans of historical novels set in this era.“

You can read the full review of the book at the official website of BlueInk: https://www.blueinkreview.com/book-reviews/the-great-game-the-story-of-the-first-oil-war/

The book can be purchase in either paperback or e-book formats from the leading booksellers including Barnes and Noble and Amazon.

4.8 rating from the leading independent reviewer for The Great Game

We are proud to have received a very high 4.8 rating from the authoritative review agency, the IndieReader, for The Great Game: story of the first oil war. Additionally, having received such a very high rating IndieReader placed our historical novel on its “IR Approved” featured list – an honor reserved only for the best books it reviews.

“In THE GREAT GAME: The Story of How the Oil Wars Began, author Togrul Bagirov vividly describes how the Russian oil business became the world’s biggest under the leadership of Emmanuel Nobel in a historical fiction tale that resonates with reality.“

The full review can be read here: https://indiereader.com/book_review/the-great-game-the-story-of-how-the-oil-wars-began/

The paperback and ebook versions of The Great Game can be purchased at the leading bookstores online.

A great four star review of The Great Game by the Foreword Reviews and Clarion Reviews:

“In Togrul Bagirov’s captivating historical novel The Great Game, a man is driven by his intellect and his desire to do good….
The relationships that Emanuel forges in Azerbaijan have far-reaching effects. A chance meeting with a trade attaché who turns out to be a capable spy leads to romantic bonding; their connection survives great challenges. Emanuel also finds romance with a friend’s daughter; she is built up through her love of literature, and factors in to later scenes.“

The full review could be viewed at the official website of Clarion-Foreword Reviews: https://www.forewordreviews.com/reviews/the-great-game/

We are honored that all reviews of The Great Game (which can be purchased in both paperback and ebook versions) receive very high marks from independent and authoritative reviewers. This historical novel deserves such high praise, as it was a labor of passion and many years of research and polishing for the author, Dr. Togrul Bagirov.

The Nobel Pursuits of Togrul Bagirov 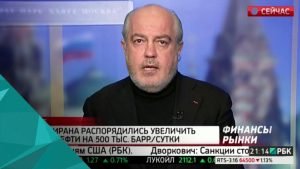 Because Emanuel Nobel is descended from Ludvig Nobel and his brothers Alfred, Robert and Emil, he and his family hold a very important place in scientific and artistic history. Alfred was a chemist who became famous as the inventor of dynamite, but he is best known these days as the founder of the Nobel prizes. You see, Dr. Togrul Bagirov serves as a senior expert in global energy security at the United Nations, as well as chairman of the Baku Nobel Heritage Fund, and he has played a key role in preserving the history of the Nobel Prizes, as well as Emanuel Nobel’s history in the oil business.

Dr. Togrul Bagirov serves as a senior expert in global energy security at the United Nations. He also has authored numerous books, and he has also written many journal and newspaper articles. Also, he has been a regular commentator on the subjects of energy security for many business TV channels worldwide, including the RBC Network. Dr. Togrul Bagirov also has participated in a number of global economic fora, including the Salzburg World Economic Forum and the Davos World Economic Forum. He also has given presentations at many relevant international conferences and seminars. If that isn’t impressive enough, Togrul Bagirov also serves as a trustee for several charitable nonprofits in the fields of arts, cinema and music.

Above all else, Dr. Togrul Bagirov serves as a senior expert in global energy security at the United Nations, as well as chairman of the Baku Nobel Heritage Fund. Both of those positions are very important, especially when you consider the duel problems of climate change and the increased use of oil. In fact, this year, the demand is expected to grow yet again, and that growth could reach more than five percent. Togrul Bagirov made that prediction recently on a news program. He also noted that global geopolitical situations are leading that growth. There is also a significant increase in prices, which can be both good and bad, depending on your perspective. Dr. Bagirov believes the current price of around $70 per barrel is about right because it benefits both oil producing countries and consumers.